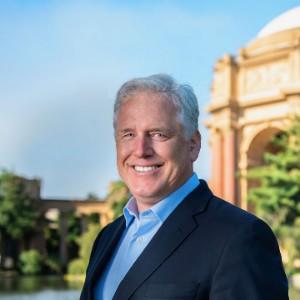 John Dennis for District 2 Supervisor
District 2 is the Presidio, Marina, Cow Hollow, parts of the Richmond (click here to find out your district)

The Libertarian Party of San Francisco has endorsed John Dennis at our August 2018 meeting. Read our interview with John Dennis and find out more at JohnDennis.com. 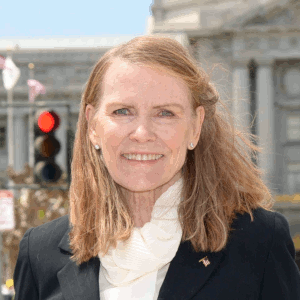 Although Lisa is not running as a Libertarian, she is a member of the Libertarian Party of San Francisco. She addressed our membership and we were generally happy to recommend her, especially over Nancy Pelosi. We cannot officially endorse Lisa Remmer because she is running as a Republican in a partisan race, but we think she is an obvious choice. Remmer4Congress.com

NO on A  (San Francisco Seawall Earthquake Safety Bond)
Another destined boondoggle in a long string of government projects with huge cost overruns which take years longer to complete than predicted and waste tons of taxpayer money. The bond for $425 million is a down payment for an estimated cost of $2-$5 billion. The proponents’ claim of sea level rise of 6 feet is highly exaggerated; US Geological Survey projects sea level rise of just over 2 feet at the most by 2100. Per the classic Willie Brown quote: “In the world of civic projects, the first budget is really just a down payment. If people knew the real cost from the start, nothing would ever be approved. The idea is to get going. Start digging a hole and make it so big, there’s no alternative to coming up with the money to fill it in.”

NO on B  (Privacy First Policy)
We wish we could recommend Prop B, but there is a “poison pill” in it: “It permits the Board of Supervisors by ordinance to amend such voter-approved ordinances if such amendment is not inconsistent with the purpose or intent of the voter-approved ordinances.” And who will judge what is “not inconsistent” or not? We have great “sunshine” laws now, why risk allowing the politicians to take away the public’s right to know what they’re up to?

NO on C  (Additional Tax on Gross Receipts for Homelessness)
The City already extracts a gross receipts tax on businesses of 0.16%-0.65%, depending on the nature of the business, while companies with gross receipts over $1 billion, a thousand or more employees, and with administrative offices in SF, pay a payroll tax rate of 1.4% instead. The proceeds are supposed to go towards ending homelessness in SF. According to the SF Chamber of Commerce, The City spends $382 million each year on homelessness, and yet clearly the problem is worse than ever. Rewarding such poor results with higher taxes will only enrich the homelessness industry that lives off taxpayers and the misfortune of others.

NO on D  (Additional Gross Receipts Tax on Cannabis + Expanding Business Taxes)
These two additional extractions are both in addition to current taxes, and since “Gross Receipts Tax” has now become the favorite method of tax collection by City Hall, we might note that this type of tax is based on revenue, not the net income of the business. The rates always start low, but the Board of Supervisors can raise the rates up to a maximum of 7%. With outrageous taxes on the product, that would just push the prices higher and send customers back to the black market. The other half of this proposition expands the conditions under which anyone doing business in SF would now be subject to SF business taxes if your gross receipts exceed $500,000 (not too hard at SF prices). This will only add to the increasing costs of everything in SF.

NO on E  (Hotel Tax Allocations to the Arts)
Prop E would earmark 1.5% of the 8% base hotel tax which currently goes into the General Fund for “arts and cultural purposes.” In other words, special interests. Even the City Controller notes in his analysis that The City already allocates out of the General Fund around $22 million/year, so the arts are already getting significant government funding. The additional allocation would have to come out of basic services the residents rely on, including public transportation, schools and youth services. If we let Government run the show, The City’s culture won’t be preserved, but will evolve to match the political objectives of City Hall.

NO on Prop 1 (Veterans and Affordable Housing Bond Act of 2018)
Another $4 billion bond measure that will add to the state’s increasing and unsustainable unfunded liabilities.

NO on Prop 2 (No Place like Home Act of 2018)
Amends Millionaire’s Tax to allow the taxes to fund housing for mentally ill homeless and authorizes $2 billion in bonds to build/rehabilitate housing. This measure would transfer much of the tax money from counties to another bureaucratic state program, and bonds are part of the scheme. The state already has too much debt.

NO on Prop 3 (Water Supply and Water Quality Act of 2018)
Authorizes $8.877 billion in state general obligation bonds for various infrastructure projects. It’s a huge debt that will cost
$430 million each year for the next 40 years. The state would do better to leave water projects for local water boards to weigh the costs and benefits of a water project. When “free” money comes from the state, the real costs are ignored.

NO on Prop 4 (Children’s Hospital Bond Act of 2018)
We love children too, but this measure is more for the construction industry than “the children.” Most of the grants will go to private hospitals—we wonder if they’re trying hard enough to raise money from the voluntary sector or are lobbying for the taxpayers to pay for the improvements at twice the cost, which is what most bonds end up costing.

YES on Prop 5 (People's Initiative to Protect Proposition 13 Savings)
This measure would allow seniors and severely disabled people to move to smaller homes and pay reduced property taxes on their new house and it will free up their houses for younger families. A win-win for everyone but the politicians.

NO RECOMMENDATION on Prop 7 (Daylight Saving Time Act)
It’s a matter of personal preference, not a liberty issue at all, so no recommendation from us—you decide.

NO on Prop 8 (Fair Pricing for Dialysis Act)
Price controls never work and end up hurting those they purport to help the most. Prop 8 will cause many dialysis facilities to lose money, likely leading to closures and less access to dialysis care.

NO on Prop 10 (Affordable Housing Act)
Expands local governments’ authority to enact extreme rent control. An all-out assault on property rights, this would allow local rent control boards to dictate rental rates for all residential and commercial buildings regardless of when they were built—even single-family homes. Will end up reducing the supply of housing for rent as housing providers leave the market.

NO on Prop 11 (Requires private-sector ambulance employees to remain on-call during breaks)
We do think that Prop 11 would address a legal challenge that emergency ambulance providers are facing, but it reeks of government overreach, meddling in the private sector where it has no business. This proposition would impose new training and benefits requirements which spoil the deal. It could do some good, but we think it does more harm.

NO on Prop 12 (Prevention of Cruelty to Farm Animals Act)
This measure, which is heavy on regulations and enforcement, is unnecessary and unwanted. If the market values treating animals as having more rights, then society will make this shift naturally and voluntarily. If you agree with the premise of this proposition, let your purchasing decisions reflect it instead.